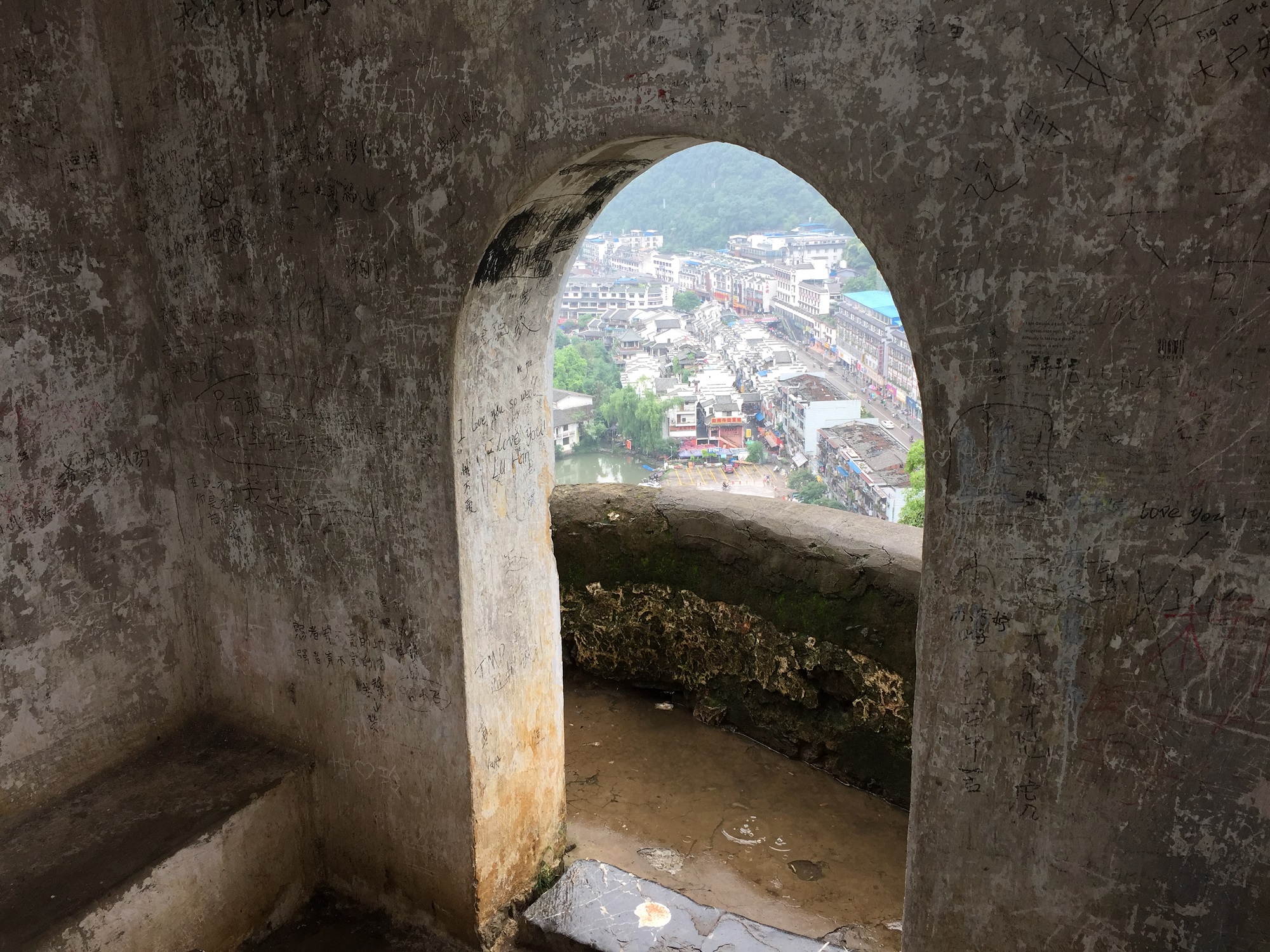 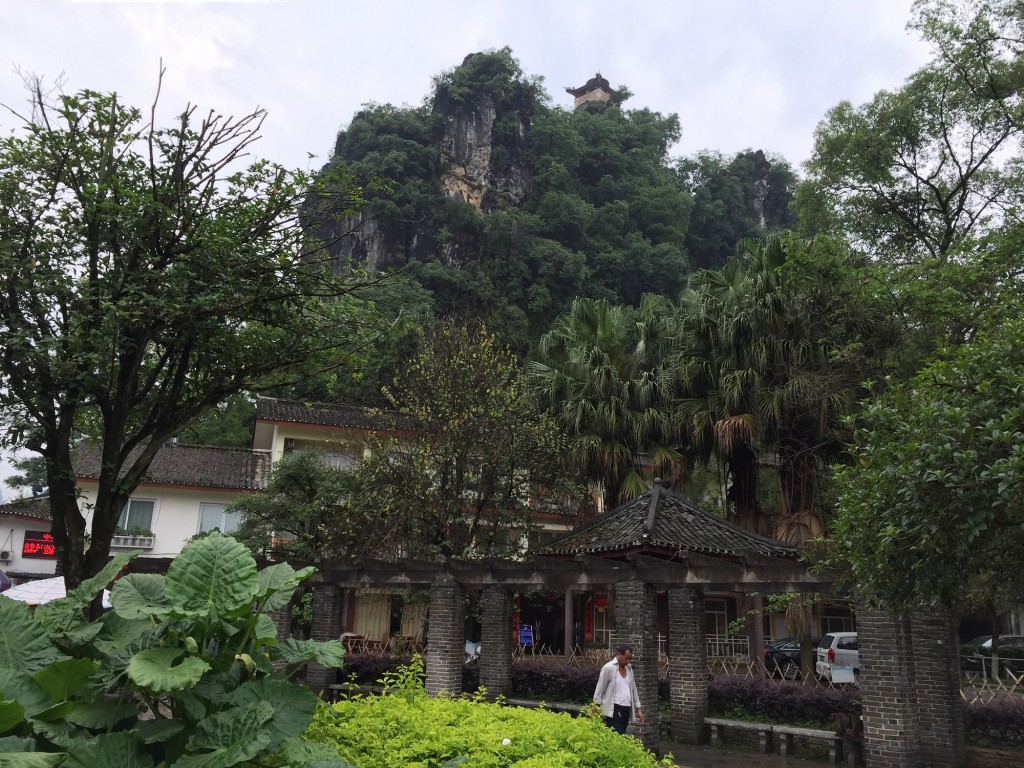 There’s a karst peak at the back of Yangshuo Park that you can climb for great views of Yangshuo. Yangshuo Park is on or near Diecui Road which runs parallel to West Street, in the general area behind McDonald’s. We were directed to the steps by a nice group of locals who were gathered around a table. The steps looked ominous at first, but we quickly found our way to the halfway point where a fortune teller promised to tell us our Chinese names for a fee. The rest of the way brought more sweat due to the humidity, but the views were well worth it. I have previously shared the great photo of Alex at the top, and here are the rest of the photos. My only regret for the entire China trip is that we did not go back for a nighttime view, which was actually part of the inspiration for the trip after seeing a nighttime photo in the July 2014 edition of National Geographic in an article titled Empire of Rock (second to the last photo). 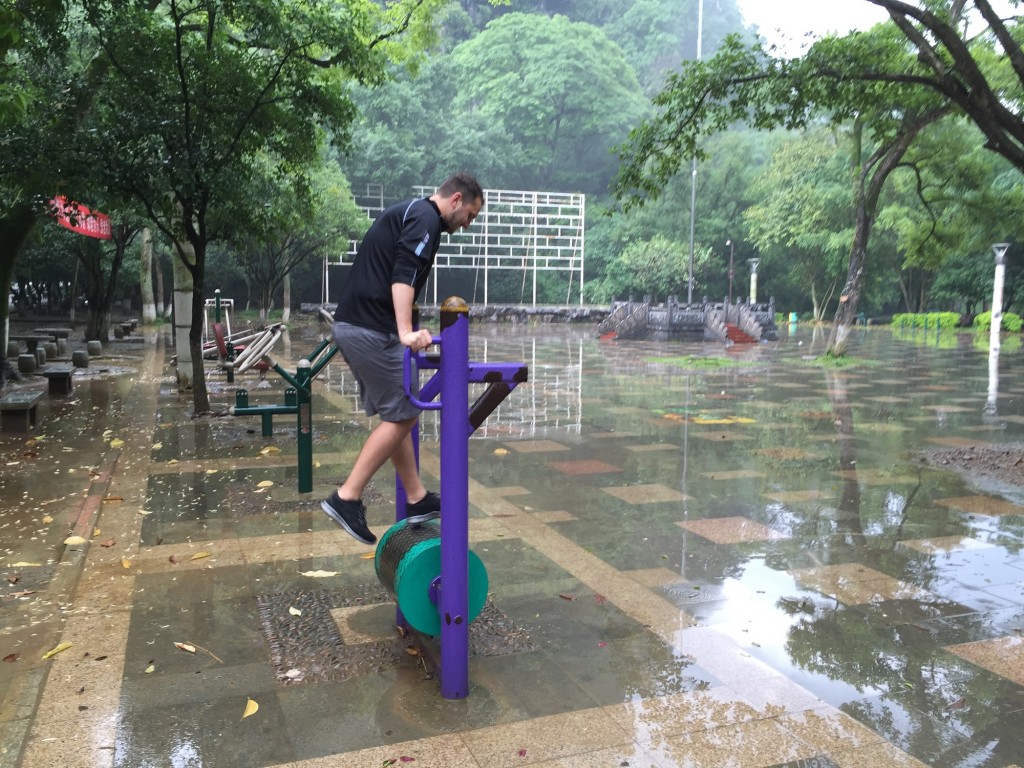 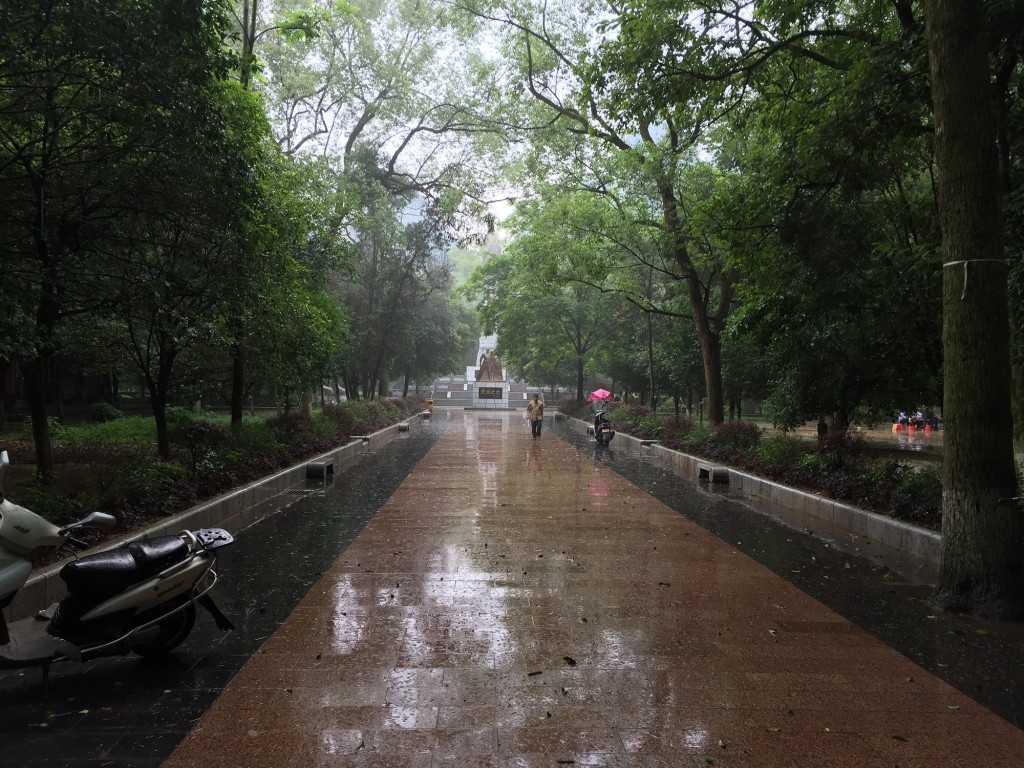 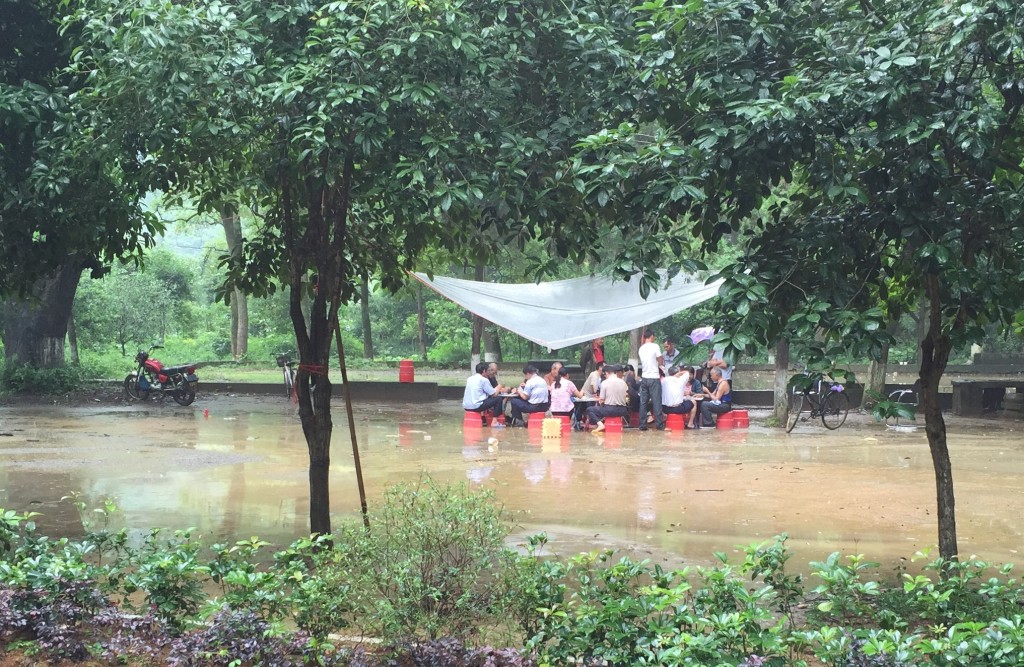 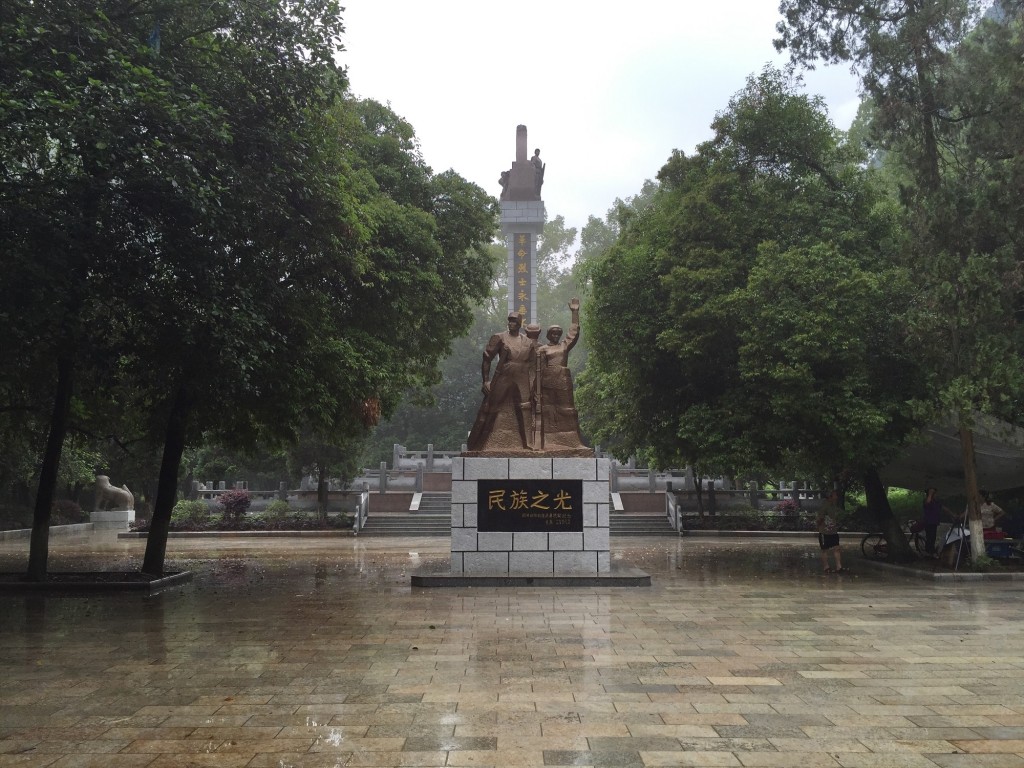 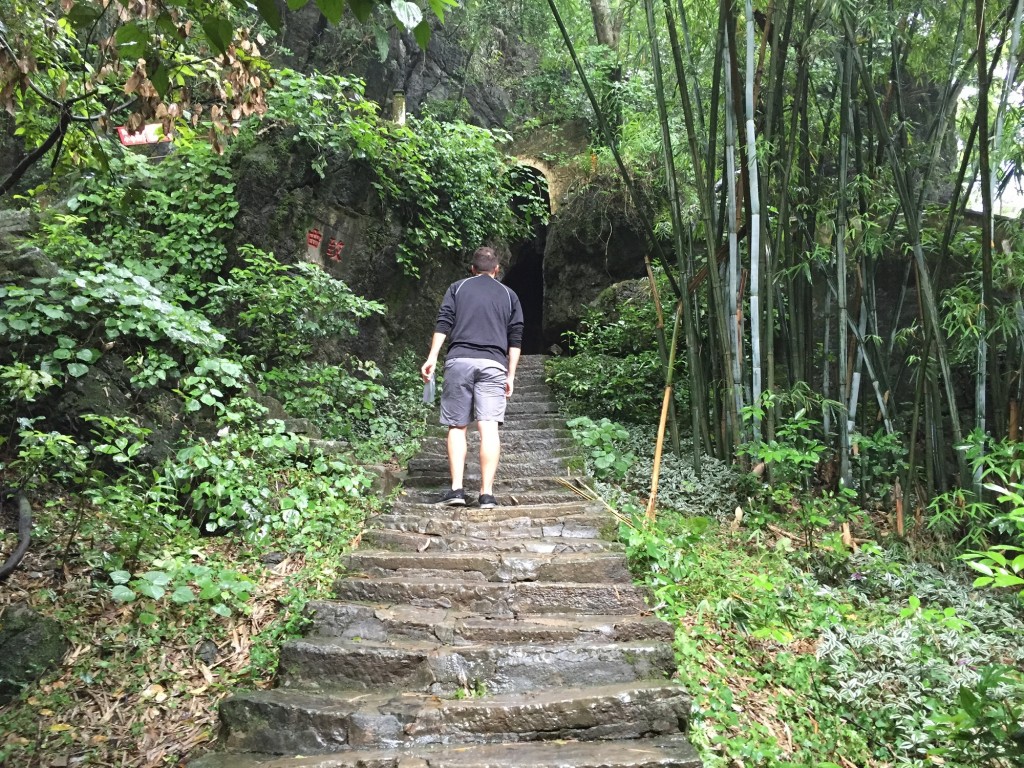 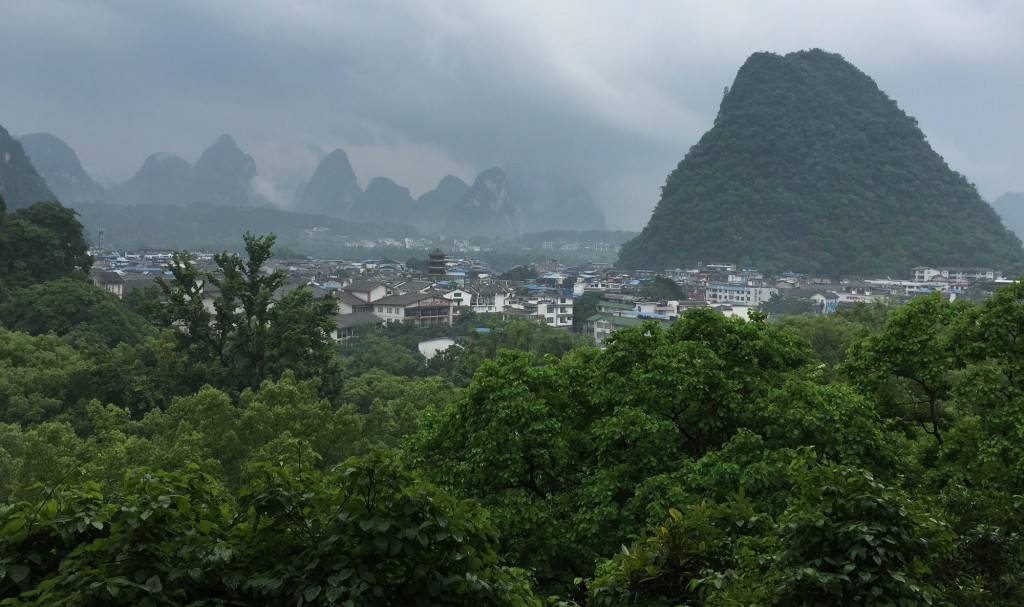 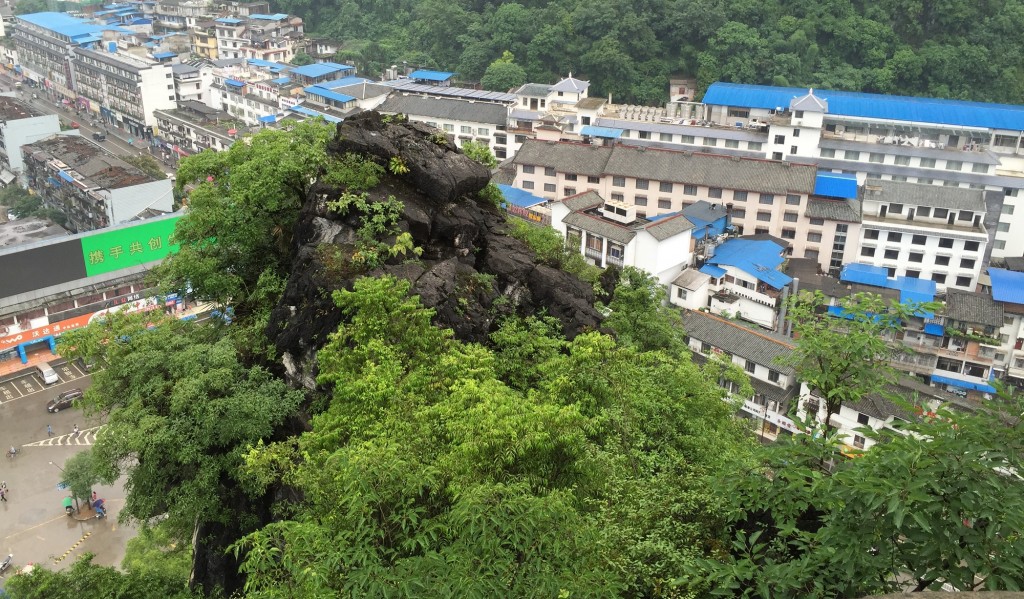 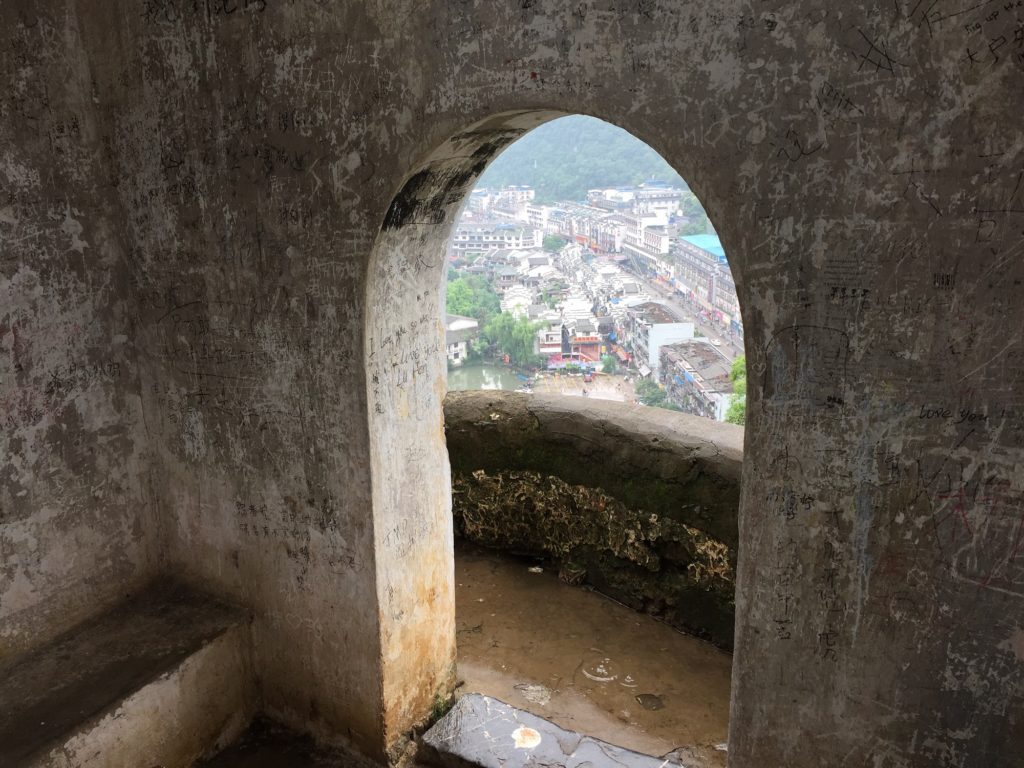 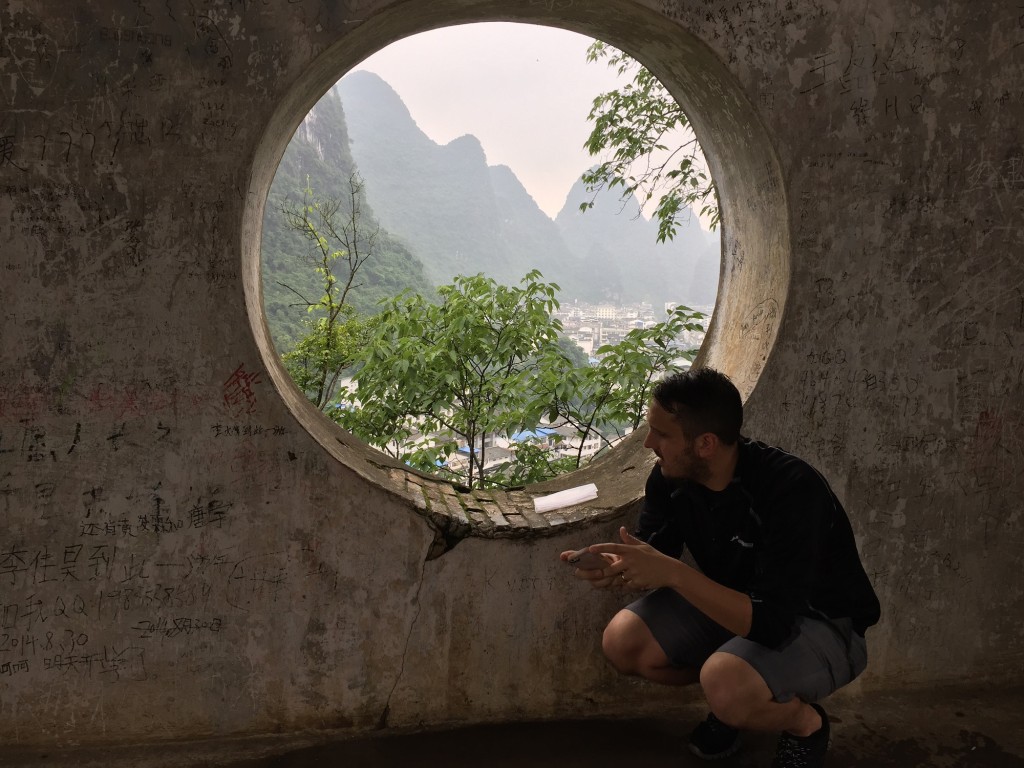 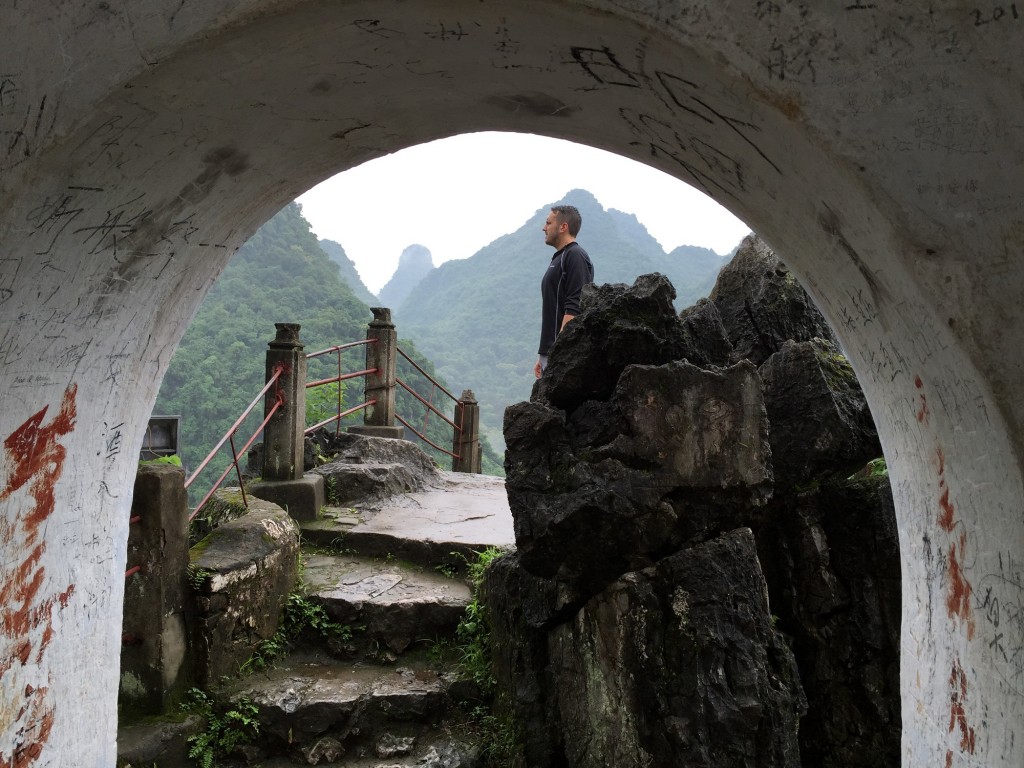 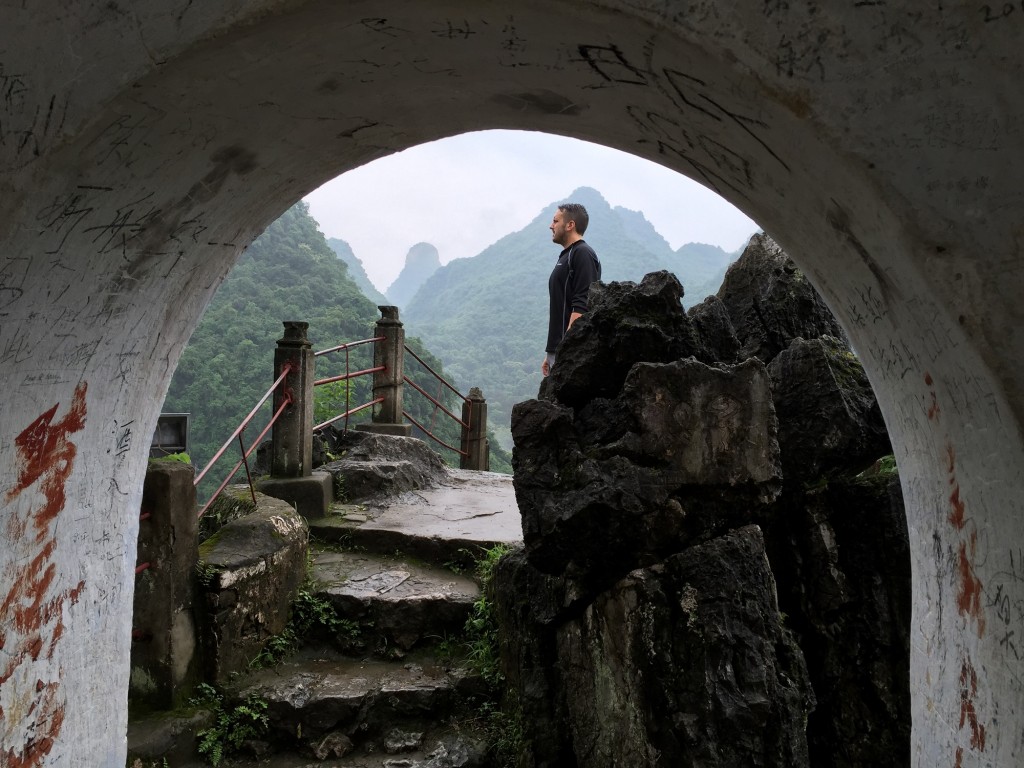 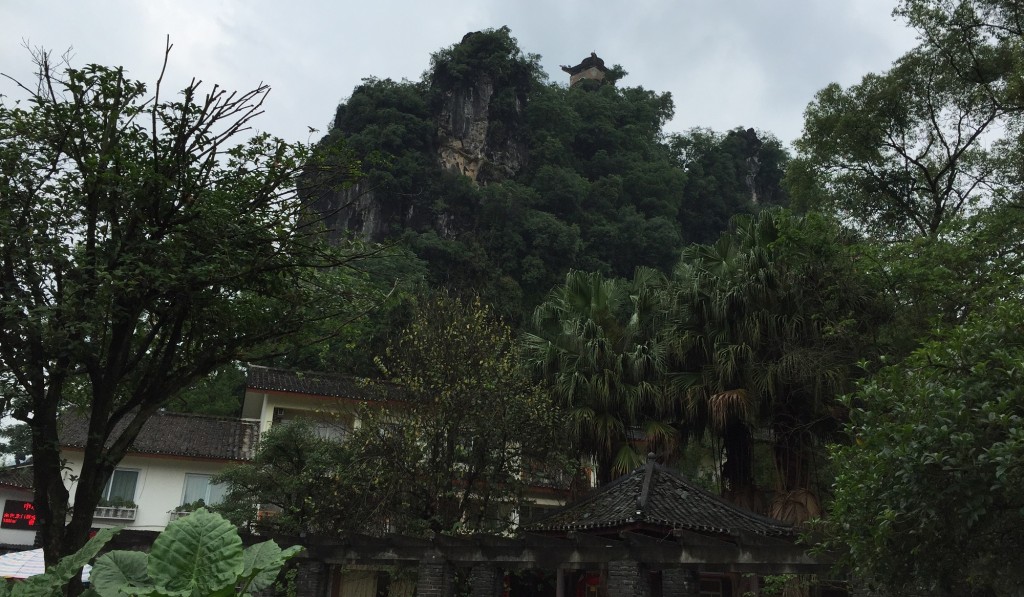 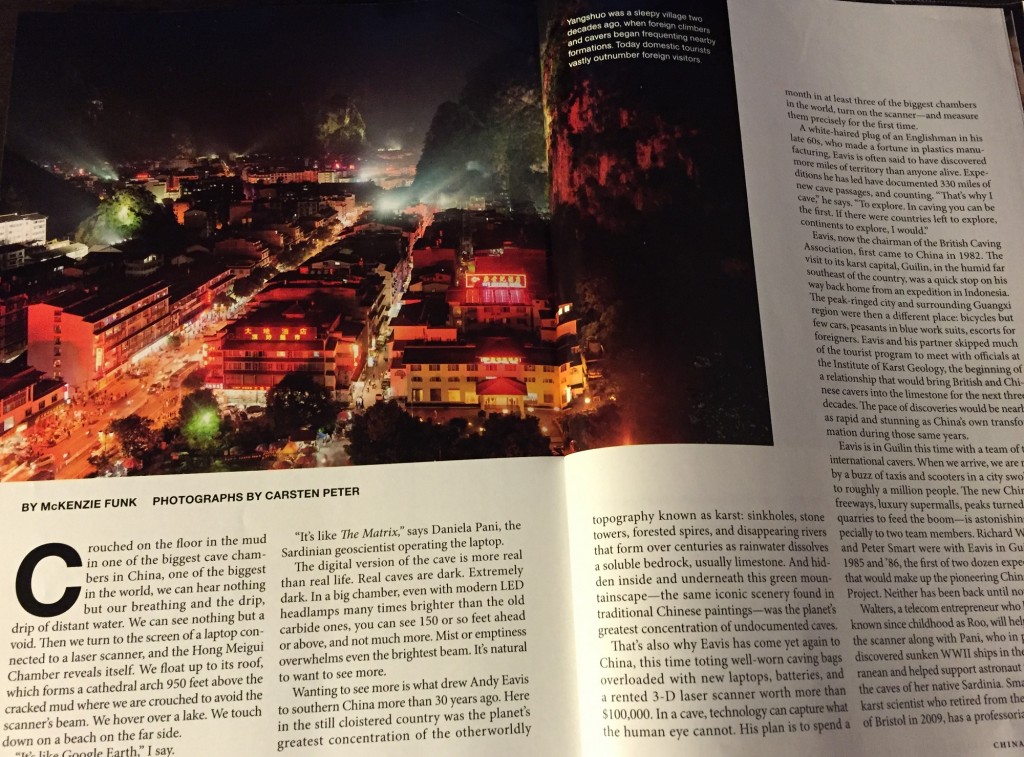 (Above: That is our New Century hotel in the bottom right corner of the photo.) Below, my daytime photo of the same view.) 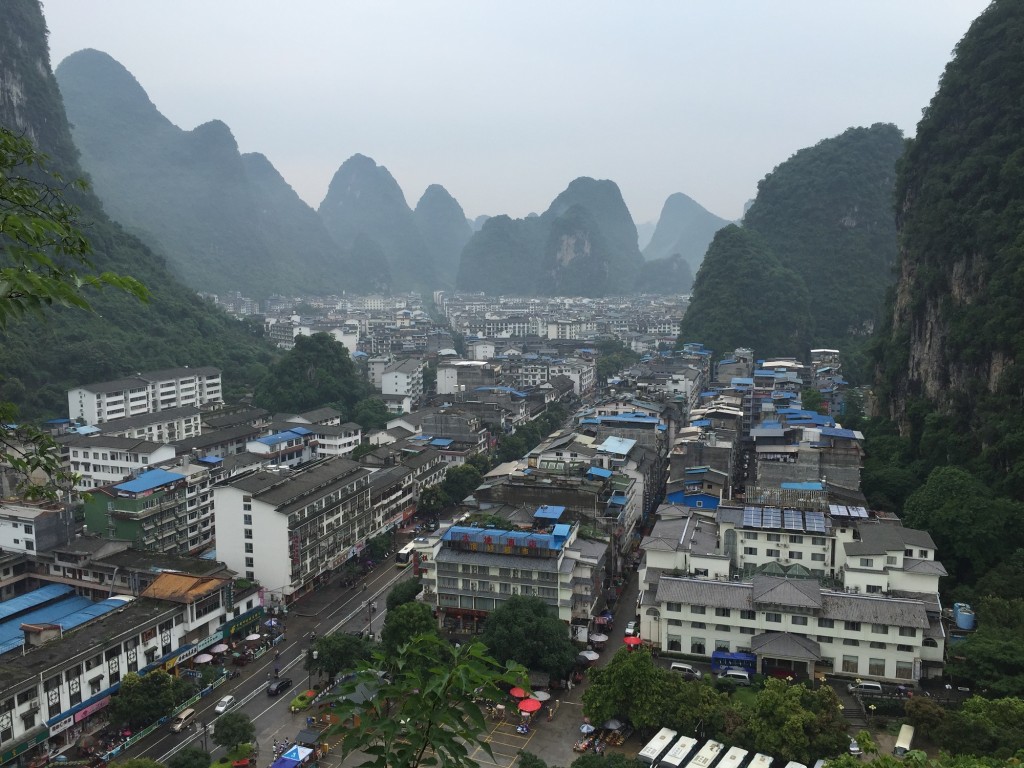 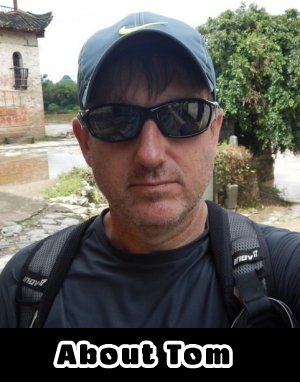