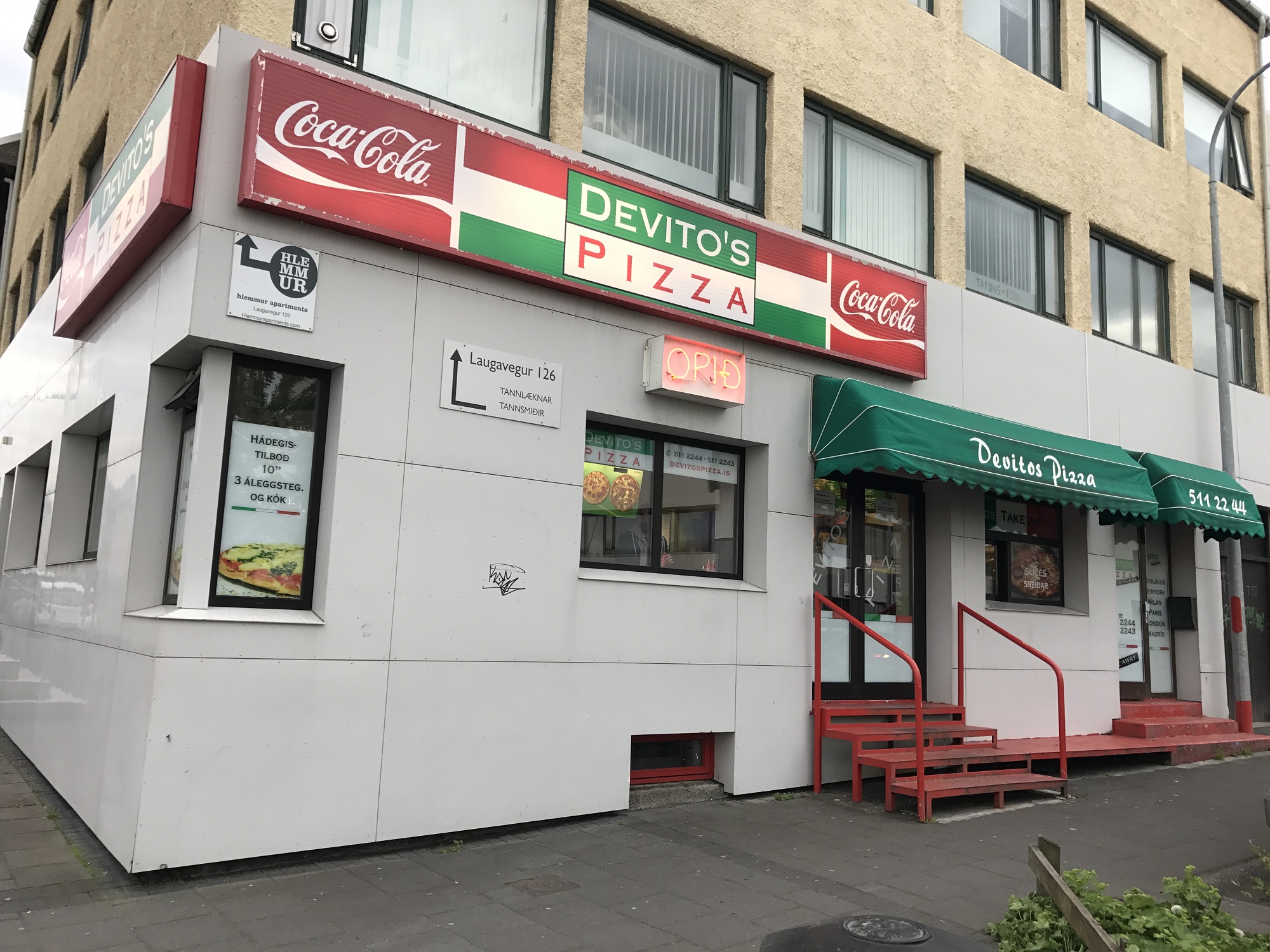 It was getting pretty late one evening in Reykjavik, though you wouldn’t have known it as it was still daylight near midnight. I was famished after a full day of walking around Reykjavik, and the little pizza joint (Devito’s Pizza) around the corner from my Hotel Klettur looked enticing. With a plan to eat local (as in fish etc.) I tried to resist the temptation. But the little joint had two, wait, three things going for it: 1) It had pizza; 2) It was open, near midnight; 3) I was hungry.

There’s nothing fancy about the place, and that’s part of the charm. This is a straight-up pizza joint in Reykjavik with counter service, pizza on a rotating glass display, simple seating and friendly service. The pizza, which was a little too greasy in my opinion, reminded me of the cheap pizza in New Orleans served up in the middle of the night to drunken tourists. Nevertheless, the pizza really hit the spot and I’ll certainly hit this place up again given the opportunity. It was a nice taste of familiar “comfort food” on a trip with some unfamiliar offerings.

Also, Reykjavik can be a pretty expensive place to eat, especially if you’re feeding a family. If you’re looking for a place that is a little less expensive that the kids will enjoy, Devito’s Pizza could be the answer.

Devito’s Pizza is located at the end of the tourist area of Laugavegur Road, the main shopping and tourist street in Reykjavik. It’s open until 1AM according to Google.

Location at Google Maps
On the Web: https://devitos.is/ 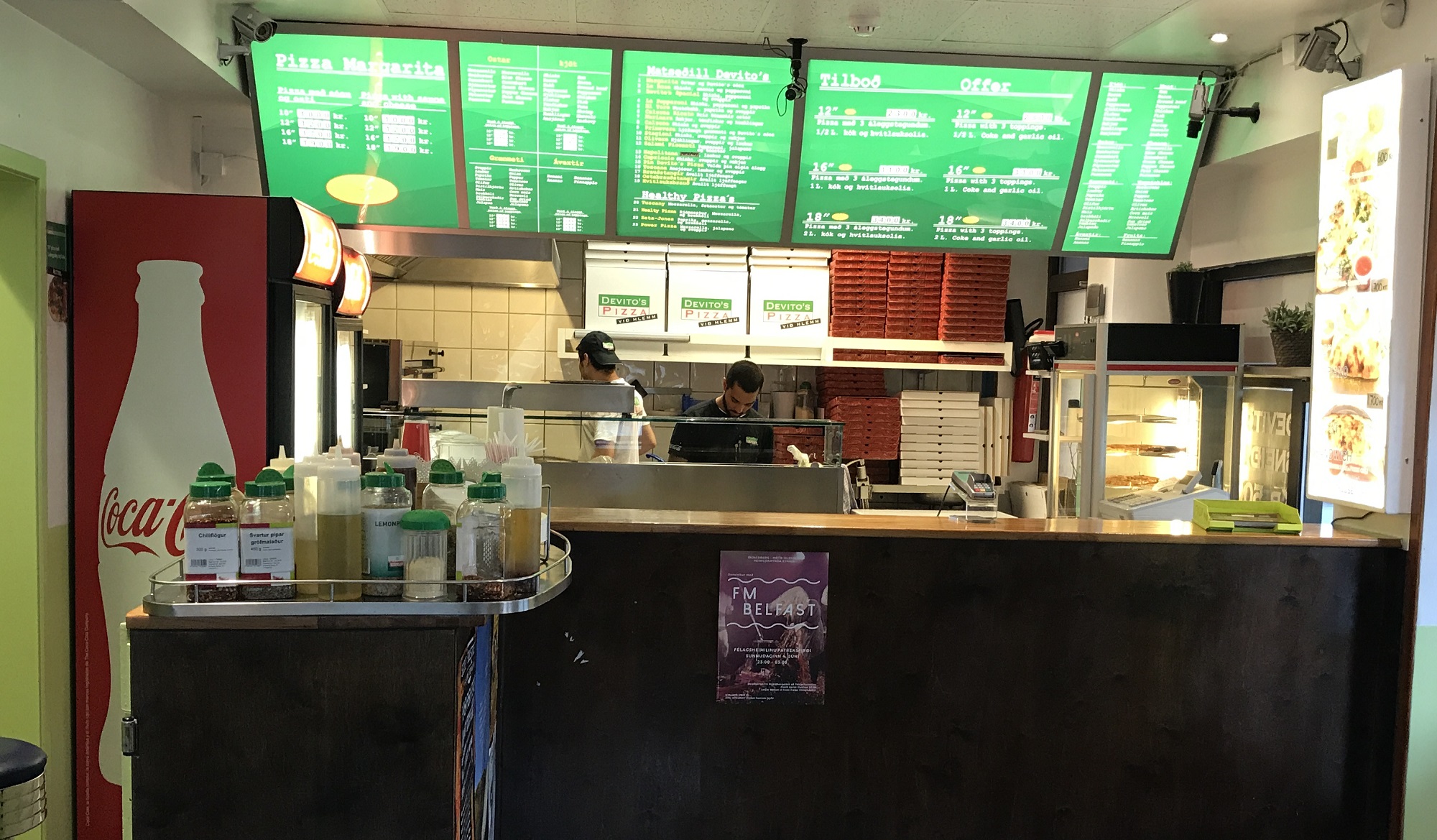 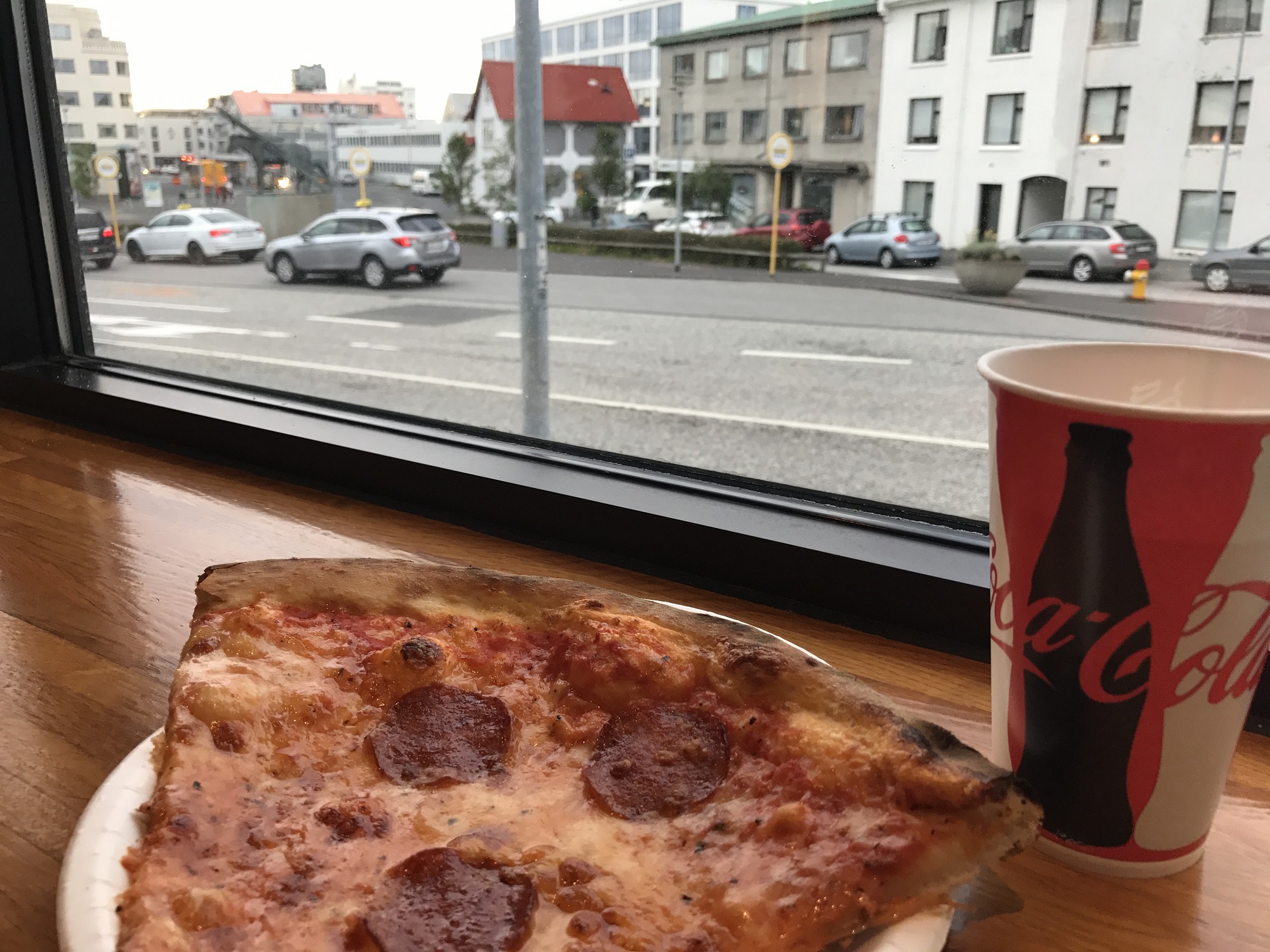 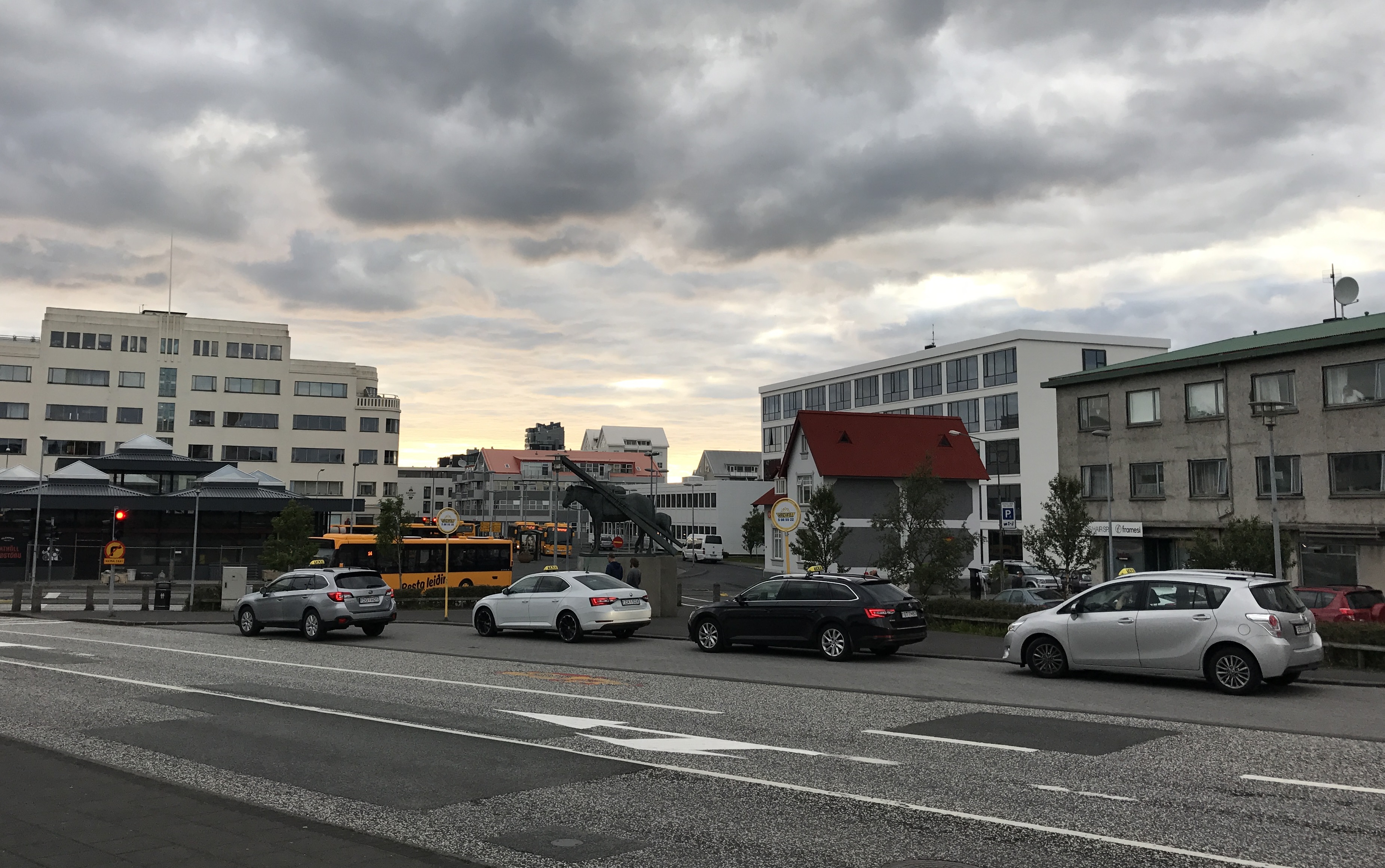 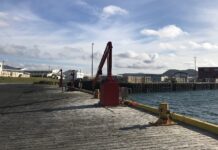 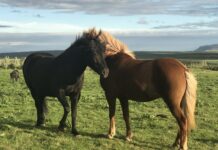 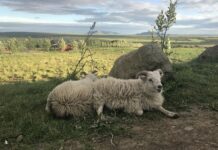